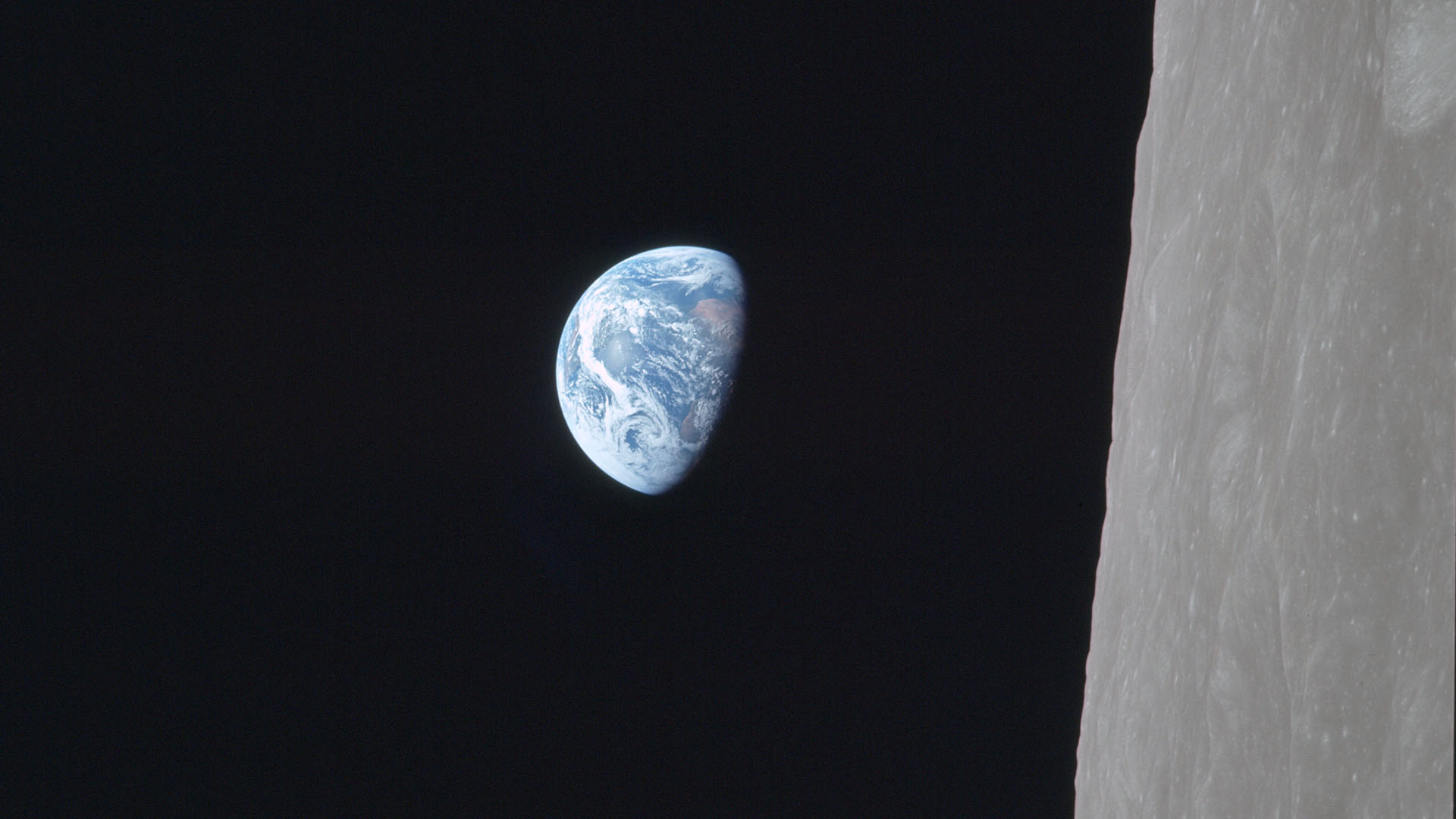 The Story of Apollo 8

In 1968 NASA launched the first mission to send humanity beyond the Earth, Apollo 8. From that mission came one of the most reproduced and influential photographs of all time, Earthrise. 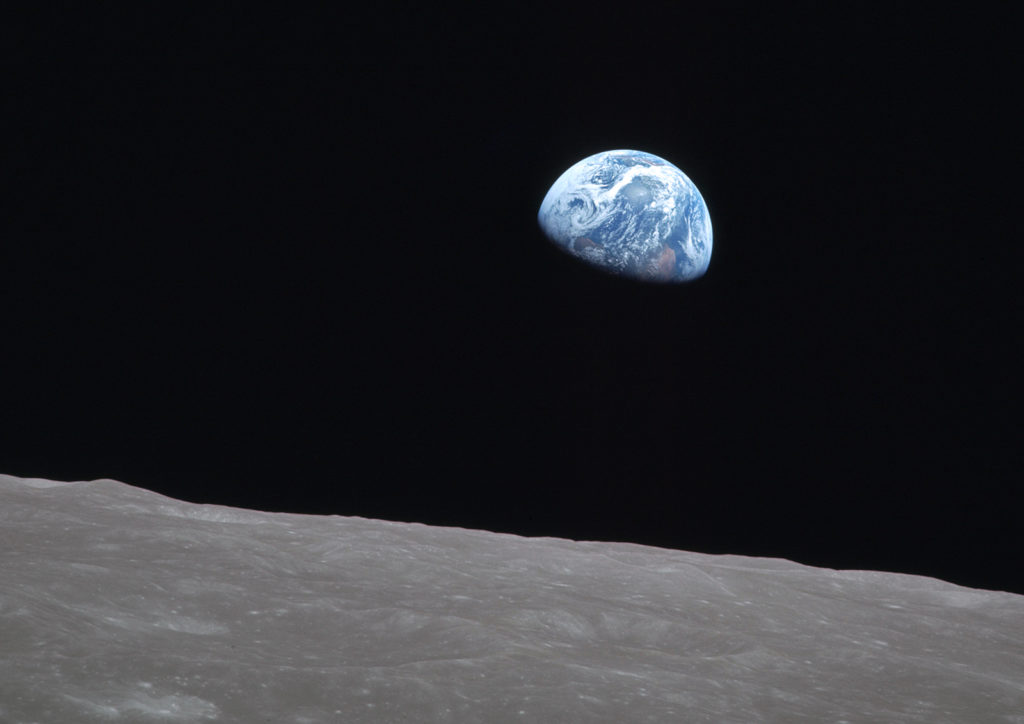 Apollo 8 was never even supposed to happen. The Saturn V which was slated to fly astronauts to the Moon was plagued with mechanical issues from previous test flights, and the Apollo 8 mission itself was originally to be an Earth orbital mission. However, after US intelligence got word that the Soviet Union might try to put a man around the Moon, NASA quickly changed gears and set forth to send Apollo 8 around the Moon first. Their lunar module wasn’t ready, and they had only months to prepare.

On December 21st at 6:31AM, Apollo 8 lifted off with astronauts Frank Borman, James Lovell, and Bill Anders. The first time humans had ever rode the great Saturn V rocket into space.

As Jim Lovell says in my interview with him “Of all the missions to the Moon…Apollo 8 was the most perfect.” Because everything worked, the launch was successful, and off they went to the Moon. But Apollo 8 was not as perfect as it seemed. Frank Borman became violently ill on the way to the Moon, and on the way back, an inputting error into the computer led the spacecraft to gimbal out of control as it thought it was back on the launch pad. But all was solved, and Apollo 8 made it home safely. 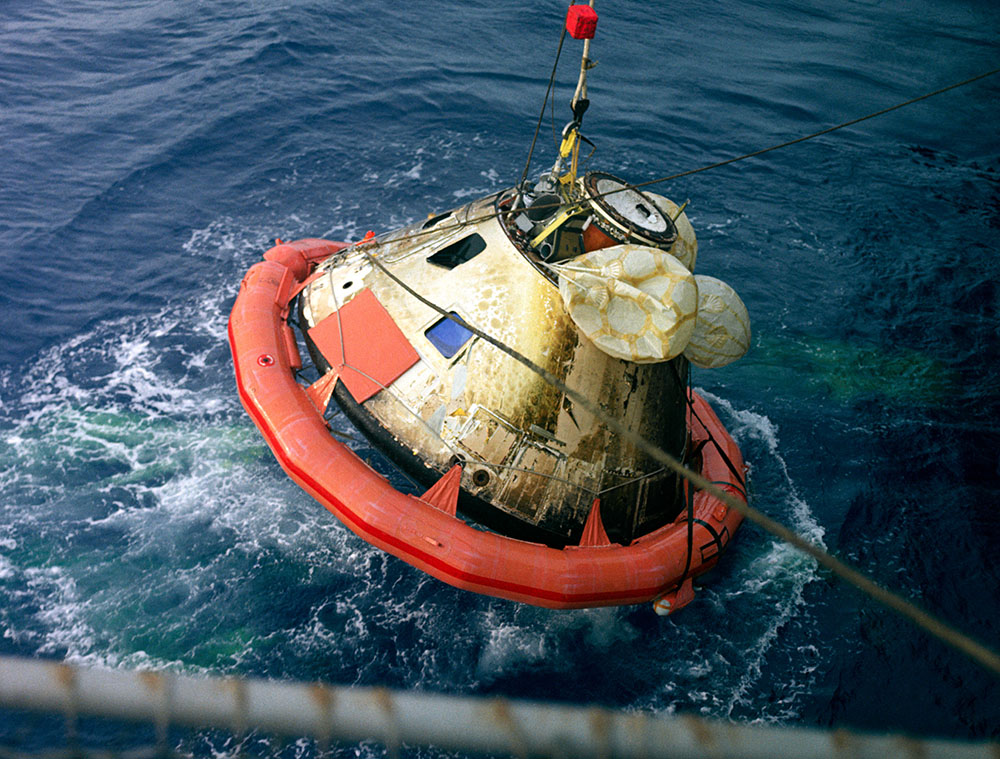 The long lasting effects of Apollo 8 are still felt today. After Apollo 8, environmental legislation began to appear in ways never before seen. Just two years after this mission we celebrated our first Earth Day. Congress passed the National Environmental Policy Act and the Clean Air Act, from which came the Environmental Protection Agency (EPA). As we were still traveling to the Moon in the 70s, the Catalytic Converter was installed in vehicles to help eliminate toxic emissions. The Endangered Species Act is formed, the Clean Water Act is signed, and DDT is banned.

The sight of Earth sitting alone in space in the vivid color and amazing photography of the Earthrise photograph changed the perspective of everyone on Earth. Those who still believed that Earth was the center of the Universe or in some way a unique outpost of creation looked upon Earthrise with difficulty. For we were just one planet among many. While the Earth had been photographed before in 1967 by the lunar reconnaissance orbiter, a grainy black and white photo from a probe could not compete with the photo that Bill Anders took as the Earth appeared around the stark lunar surface.

The stories of these three astronauts is an exciting story, growing up in a time when aviation was new and exciting, they wanted to fly. Bill Anders was perhaps the first pilot to do the “Top Gun” maneuver as he gave a less than political salute to a Soviet bomber pilot. Frank Borman spent many of his years instructing Air Force pilots how to drop nuclear bombs, and Jim Lovell tells his story of an exciting Navy career. 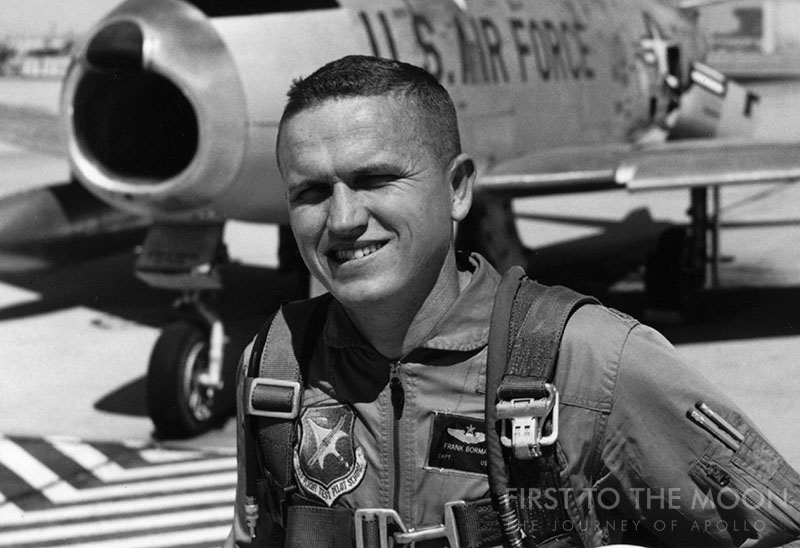 The missions to the Moon not only inspired environmental change, but inspired many to peruse careers in science and engineering, building our current infrastructure. It has been over 45 years since any human has visited the Moon or gone beyond the confines of Earth’s gravity. Where will we go from here? NASA’s education budget is in danger of being completely cut and without the history of our greatest accomplishments, they may be forgotten.

Our new film “First to the Moon” tells the story of this amazing mission with new original interviews with the crew, rare archival film and photos, and new exciting animation depicting the flight around the Moon in 1968.